The Bauhaus movement had a huge tangible power extolled the concept of western modernity through its transformation of objects, buildings, and landscapes over 100 years of global design history. It aimed to create simplicity and democratic conditions for all. Its style and vision were widely embraced in different contexts and allowed for the blurring of borders between Europe, the US, and the Soviet Union: they all followed the ideas of Walter Gropius.

Because of the Bauhaus’s presiding cultural influence over the very core of modernity, our understanding of “things” changed. The object was measured, segregated, and oppressively transformed so as to become one with an integrated, standard, modern way of living life. Urban landscapes, artefacts, and our material culture were generalised by this hegemony. It removed the diversity of a material’s culture related to its (ab)original identity, folk culture, personal stories, and inscribed histories. This historical movement still stretches and tangles with our own material reality; it functions as an indigenised modernity.

We looked to the city of Marseille, a port with a material culture that has been shaped by the (his)story of immigrants, and which stretches back to the Middle Ages. Out of 850,000 inhabitants, more than 100,000 of them have immigrant background from places like Algeria, Italy, Morocco, Tunisia, Turkey, and beyond. How could we bring to the surface the resonances of the Bauhaus as a privileged western paradigm of progress?

Through La Grande Transformation, and 100 years after the founding of the Bauhaus, a mediation took place between that specific movement of modernity and the contemporary local culture of Marseille. The embodiment of this took the form of everyday objects and the personal stories attached to each of them. During the three day performative workshop, participants were invited to bring such things from their homes in order for them to be transformed by the historicity of the designer’s discipline. Through this pedagogical approach they became non-original Bauhaus objects, which were displayed in the growing collection and exhibition.

The five different workshops that took place during La Grande Transformation focused on separate subjects: wood, textile, metal, plastic and joints. These seemingly familiar approaches were actually integral to the Bauhaus’s pedagogical approach to design. The modification of these objects questions the fame and lasting influence of the school as part of several modernist design and architecture groups. It confronts the Bauhaus’s aim of mass production and the availability of affordable design for all, with its reality of design “classics” or exhibition pieces.

The framework for the workshops was shaped by the philosophy of five members of the Bauhaus: Gertrud Arndt, Anni Albers, Alma Siedhoff Buscher, Lena Bergner and Arieh Sharon. We interpreted their philosophies and used them as guiding principles, and the five “historical” bauhaus designers, architects, and photographers guided the transformation of these objects. At the beginning of the process, an object was brought in and the story of its owner was recorded. Then it went directly to the workshop, where it was “educated” according to the strict Bauhaus principles; this was where the process of the object’s transformation took place.¹ 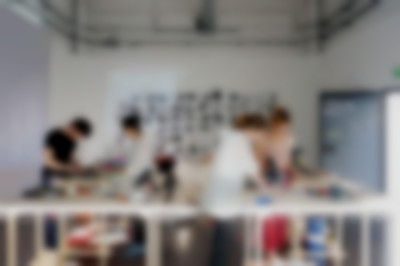 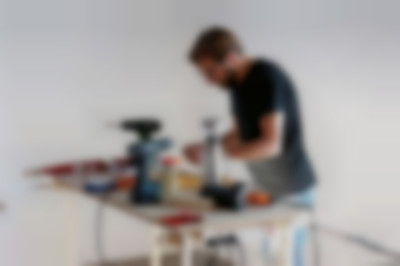 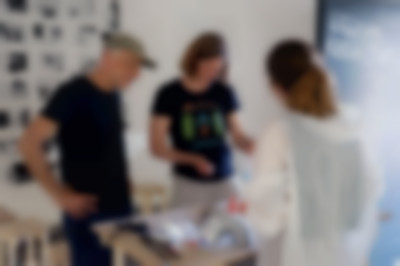 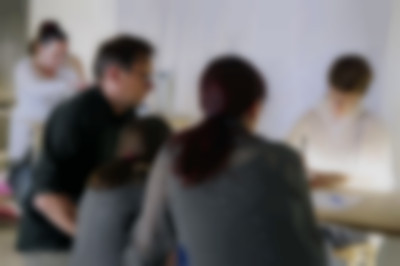 This “act of transformation, as reparation” was not only to visualise the modernisation process, but to also trigger and unfold excluded stories within. These included narratives related to migration as well as the diverse personal stories often found in the relationships between each others. The personal bodies, immigrated bodies, multiple bodies, authorised bodies, and old-fashioned bodies—as the counterpoint to modernity’s objects—are carved, amputated, stitched, and glued with other materials through a process of Bauhausian pedagogy to reach their ‘perfect’ state of being. This performative process illustrates the predominance of a paradigm in object culture while blurring the boundary between the quotidian and seemingly unspectacular and the celebrated, elite, and untouchable. It reveals the identity of a city and its people.

La Grande Transformation is part of the project 100years Bauhaus, and is commissioned by the Goethe-Institute Marseille in Collaboration with La Friche la belle de Mai. The project was funded by the Heritage Contact Zone (HCZ) with the support of the program Creative Europe of the European Union.