Berlin, Inside Out is an omnibus of performances containing research into different methodologies of contemporary museum mediation in three different locations in Berlin. The project, presented as filmed performances, mediates between artefacts inside museum depots in Berlin and their outside realities. By bringing the objects out from the darkened depot, each scene reveals new stories that surface in the museum. 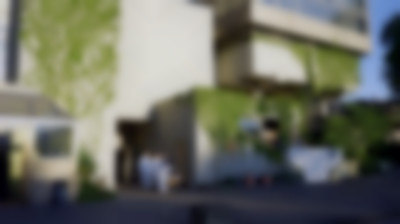 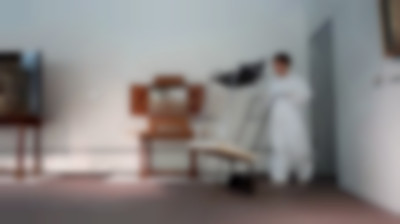 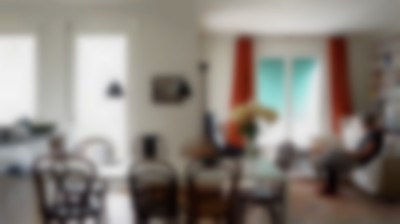 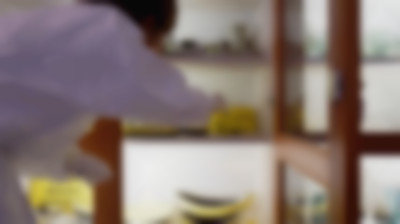 The Kunstgewerbemuseum is an internationally important decorative arts museum that’s part of the Staatliche Museen zu Berlin (Berlin State Museums). Parts of its collections were destroyed in World War II, with the surviving items split between East and West Berlin.

A selected object from the collection (a chair by Marcel Bauer, 1920s) was removed from the museum and brought to a 3D body scanner. The digitalised object is shared in “MakerBot Thingiverse” (the world’s largest 3D printing community) where people share the scanned object’s information and produce for themselves, disseminating all necessary information about its production. The digitised object delivers this knowledge to craftspeople to enable endless future re-production, re-interpretation of skills, and survival of knowledge.

Bröhanmuseum is named after its founder, art collector Karl. H. Bröhan (1921–2000), a qualified salesman and owner of a dental wholesale business. He donated his personal collection to the state of Berlin on the occasion of his 60th birthday.

In order to create a tension between the public collection of Bröhanmuseum—formed from a subjectively collected and personally structured archive—and the intimate space of an individual, residents in Berlin hosted one artefact of the museum’s collection in their homes for a single day. “Looking for host” flyers were spread throughout the city. One volunteer prepared her home for the special guest’s arrival. For one night the object then stayed in her home, although before this she visited the museum to collect it.

Werkbundarchiv – The Museum der Dinge chronicles the object culture of the 20th and 21st centuries, one marked by mass production and industrial manufacturing.

The object selected was a yellow ring from Istanbul and was labelled as “Unknown” due to a lack of available information. In different areas of the Kreuzberg neighbourhood, with substantial populations of Turkish descent, the ring performed so as to collect the stories of immigrants communities. The people in Kreuzberg were asked to tell tales about the ring using their object memories of Istanbul. With assumptions and hypotheses of objects they told of home, exile and belonging—and ultimately their stories revealed wide-ranging perspectives on German history.. The different portrait photos of the object in contemporary surroundings reflect traces of contemporary Turkish migration as well as its history throughout Germany.

Berlin, Inside Out is a collective project with Anais Borie and Ottonie von Roeder, and is a continuation of Inside Out, ZZM. It is a collaboration with the Kunstgewerbemuseum, the Bröhanmuseum, and the Museum der Dinge. The project has been commissioned by the Haus der Kulturen der Welt (HKW), Berlin, DE, 2018.